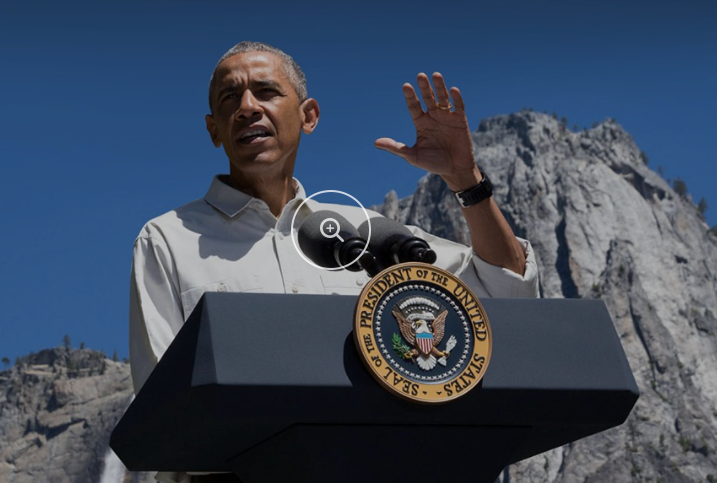 VR is picking up steam, and doesn't appear that it will be stopping any time soon! Through the Ages: President Obama Celebrates America’s National Parks transports you on a journey to Yosemite with President Obama as he honors the legacy of our country’s national parks in the context of the National Parks Service Centennial.

This first-ever virtual reality experience featuring a sitting President provides an up close and personal look at President Obama’s trip to Yosemite with his family over Father’s Day weekend. Follow along as he traverses the park, interacting with students during an event tied to his “Every Kid in the Park” initiative, and speaking with Don Neubacher, the Yosemite Superintendent.

You’ll have an up close and personal look into President Obama’s trip to Yosemite with his family while he remarks and reflects on conservation, preservation and climate change. You’ll explore every angle of the breathtaking surroundings of Yosemite National Park including El Capitan, the Cathedral Rocks, Mariposa Grove, Yosemite Falls and the Merced River.